Celebrities, politicians who love to lecture America on the environment but rarely practice what they preach 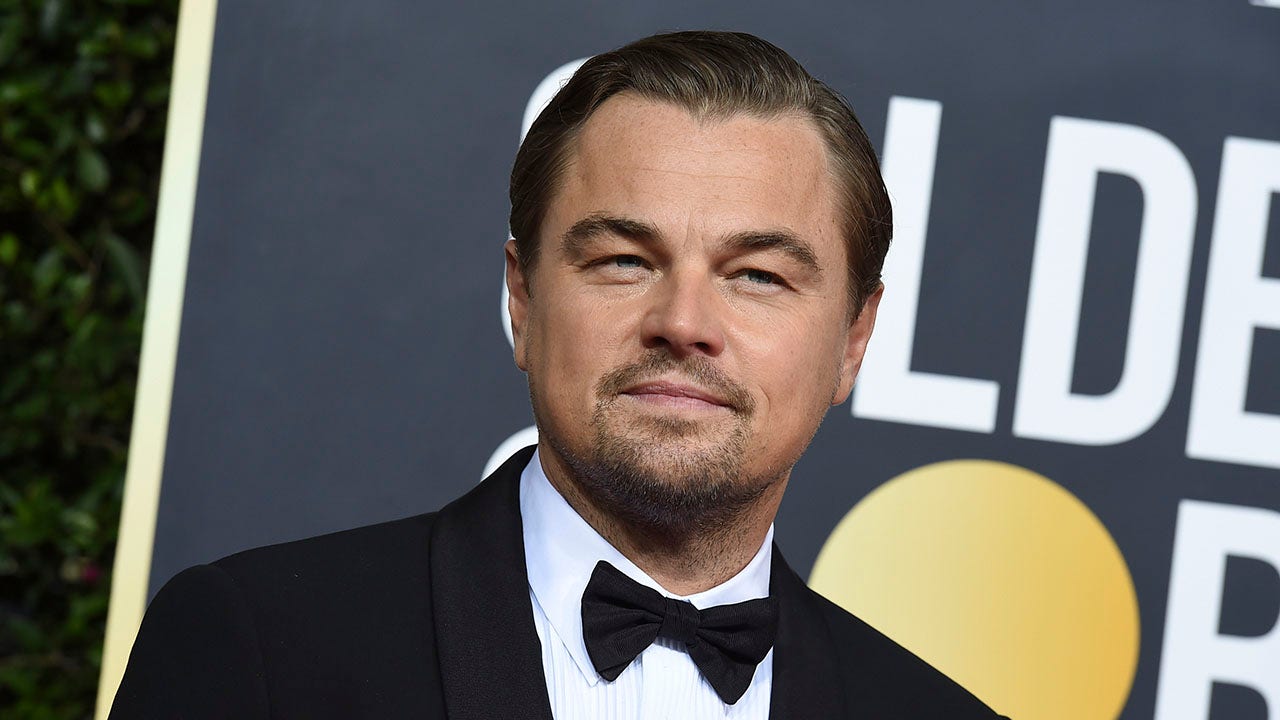 On days celebrating the environment like Earth Day, celebrities and politicians like to lecture average Americans about how they need to change their behavior to fight climate change. However, they often fail to practice what they preach.

Over the years, liberal politicians and celebrities have been accused of hypocrisy for failing to live by the eco-friendly lifestyles they advocate. Here are several examples of Hollywood A-listers, tech billionaires, and Democrat politicians who have been caught being hypocrites when it comes to helping the environment.

“Avengers: Endgame” star Mark Ruffalo is a prominent supporter of progressive causes. In 2019, he said, “capitalism today is failing us, killing us, and robbing from our children’s future.”
(Getty)

“Avengers” actor Mark Ruffalo is a passionate crusader against climate change. He has participated in events like the People’s Climate March in 2015 and advocated against fracking. Ruffalo has used his career to advocate for environmental causes like when he starred in and co-produced “Dark Waters,” a film about a corporate lawyer fighting to expose poisonous pollution by a corporation.

During the 2014 People’s Climate March, the Hulk actor was asked if celebrities like Leonardo DiCaprio were the best spokespeople to fight climate change when they themselves have significant carbon footprints.

“Oh brother,” Ruffalo responded. “That is a question you shouldn’t be asking here today because that defies the spirit of what this is about.”

He later complained than anyone critical of DiCaprio is either “a coward or an ideologue.”

Meghan Markle and Prince Harry have been outspoken on an array of issues which has caused the couple to receive blowback from critics.
(AP Photo/Seth Wenig, File)

The Duke and Duchess of Sussex are consistent advocates for governments to take action against climate change.

“With kids growing up in today’s world, pretty depressing, right, depending on where you live, your home country is either on fire, it’s either underwater, houses or forests are being flattened,” Prince Harry warned during an interview with Oprah. “Climate change is really playing a huge part in this as well as social media, and we just don’t – well, I mean, I know lots of people out there are doing as best they can to try and fix these issues – but that whole sort of analogy of walking into the bathroom with a mop when the bath is over-flooding, rather than just turning the tap off.”

He added, “is there really a moment, a reckoning moment, post-COVID, where we can actually look at each other, look at ourselves and go ‘we need to do better about stopping or allowing the things that are causing so much harm to so many of us at the source, rather than being distracted by the symptom.”

But their environmental rhetoric hasn’t stopped the couple from traveling across the globe in private jets.

In 2019, the couple flew by private jet to go on vacation to Ibiza, then to Nice, France. Harry conceded that “no one is perfect” regarding his private jet usage but said “we all have a responsibility for our own individual impact.” It was reported that his wife, Meghan Markle wasn’t bothered by the charges of hypocrisy.

Last year, the couple did pledge to be carbon-neutral by the end of this decade.

Rep. Alexandria Ocasio-Cortez, D-N.Y., has become a symbol for the next generation fighting climate change. She spent part of her first day in Congress protesting climate change in Speaker Nancy Pelosi’s office. During her first year in Congress, she introduced the Green New Deal that would radically transform several industries. In January 2019, the Squad member predicted “the world is going to end in 12 years.

Ocasio-Cortez faced several accusations of hypocrisy surrounding her socialist policies, but her support of the “Green New Deal” initiative also came under fire in 2019.

Although Alexandria Ocasio-Cortez infamously claimed that “the world is going to end in 12 years” in Jan. 2019, the New York Post noted that she logged in 66 airline transactions for her 2018 campaign with only 18 Amtrak uses. Despite this, Ocasio-Cortez continued the double down against critics.

“I also fly & use A/C,” Ocasio-Cortez wrote on Twitter. “The Green New Deal is about putting a LOT of people to work in developing new technologies, building new infrastructure, and getting us to 100% renewable energy.”

OCASIO-CORTEZ RESPONDS AFTER REPORT ACCUSES HER OF ‘GREEN NEW DEAL’ HYPOCRISY: ‘I ALSO FLY & USE A/C’

The Washington Post is owned by Amazon founder Jeff Bezos and it appears a controversial decision made by the online retailer went unreported by the billionaire’s newspaper.
(AP)

Amazon founder Jeff Bezos was one of many wealthy attendees at the United Nations climate summit in November. Fox News exclusively obtained images of Bezos’ private jet, valued at $65 million parked at the Glasgow airport at the time.

Bezos previously donated billions of dollars to fighting climate change as well as starting the Bezos Earth Fund to help research, though he did not comment about his use of a private jet.

Like AOC, the filmmaker and climate activist Michael Moore has been called out for capitalist hypocrisy in the past. This continued with Moore’s recent environmental film “Planet of the Humans,” a movie about the dangers of mankind’s impact on the planet.

Around the film’s release on Earth Day in 2020, Moore made several statements about the “planetary emergency” caused by climate change. Although he advocated for greener policies, Moore has previously been reported as owning a massive $2 million property on Torch Lake in Michigan.

In addition, Moore was called out for admitting that he didn’t realize that electric cars could actually be more harmful for the environment than regular gas-guzzling cars saying “I didn’t really think about where is the electricity coming from.”

The Oscar-winning actor has frequently called for protecting the environment. Even his 2021 Netflix film “Don’t Look Up” was considered by many to be an allegory for climate change and people’s failure to take it seriously. While his message has remained the same for years, his hypocrisy has grown as he has failed to make any meaningful changes.

DiCaprio is one of many celebrities who repeatedly travels by private jet to climate summits despite warning about impacting the planet. He also famously keeps multiple yachts and homes that infamously increase one’s carbon footprint.

PRINCE HARRY, LEONARDO DICAPRIO AND OTHER CELEBRITIES WHO ARE HYPOCRITICAL ON CLIMATE CHANGE

Mark Zuckerberg, chief executive officer and founder of Facebook Inc., speaks on stage during the Munich Security Conference at the Bayerischer Hof hotel in Munich, Germany, on Saturday, Feb. 15, 2020. The Libyan conflict is set to be one of the main themes at the annual security conference that runs Feb. 14 – 16. Photographer: Michaela Handrek-Rehle/Bloomberg via Getty Images
(Photographer: Michaela Handrek-Rehle/Bloomberg via Getty Images)

Facebook founder and CEO Mark Zuckerberg previously wrote in 2017 that “Withdrawing from the Paris climate agreement is bad for the environment, bad for the economy, and it puts our children’s future at risk.”

He also insisted that “Stopping climate change is something we can only do as a global community, and we have to act together before it’s too late”

However, he soon faced backlash in 2019 after attending the Google summit on climate change where 114 private jets, several Maseratis, and mega yachts were reported.

President Biden’s climate czar is a frequent climate hypocrite with multiple environmental crimes against him. In 2019, Kerry defended flying privately to Iceland in order to receive an environmental award, claiming it was “the only choice” for someone like him. By 2021, Fox News reported that the same jet emitted 30 times the amount of carbon produced by an average passenger per year.

Despite this, Kerry is frequently promoted as a climate representative. In 2022, he was further ridiculed for framing the Russia-Ukraine war through a climate change lens.

“…Massive emissions consequences to the war, but equally importantly you’re going to lose people’s focus. You’re going to lose, certainly, big country attention because they will be diverted, and I think it could have a damaging impact,” Kerry said.

Former Vice President Al Gore has promoted the climate change ideology for decades, though his predictions have yet to come to pass. Nevertheless, he continues to maintain influence in the public sphere despite committing similar hypocritical behaviors.

In 2021, Gore called on the world to “say goodbye to coal, oil and gas” in order to deal with the “political tipping” caused by climate change. During the UN COP 26 global warming conference, he also lambasted public and private sectors to “get real” about reducing emissions.

Although he’s called for reducing energy uses, Gore has been called out for using 20 times as much as the average American as far back as fifteen years ago.

Like many other political figures, former President Barack Obama notably appeared at the international climate change summit in Glasgow back in November. In a lengthy speech, he even implored young voters to “Vote like your life depends on it, because it does” while denouncing former President Donald Trump’s pulling out of the Paris Climate Accords.

OBAMA TELLS YOUNG PEOPLE AT CLIMATE CHANGE SUMMIT: ‘VOTE LIKE YOUR LIFE DEPENDS ON IT, BECAUSE IT DOES’

Like other green politicians, however, Obama has extensively traveled by private jet as well as with an SUV-motorcade. He also heavily pushed fellow green hypocrite John Kerry, who continued to work under Obama’s vice president Biden.

In addition, Obama purchased a luxurious waterfront vacation home at Martha’s Vineyard in 2019 which many have noted would suffer the most from continued climate change. Nevertheless, Obama continued to host celebrity parties at the house.