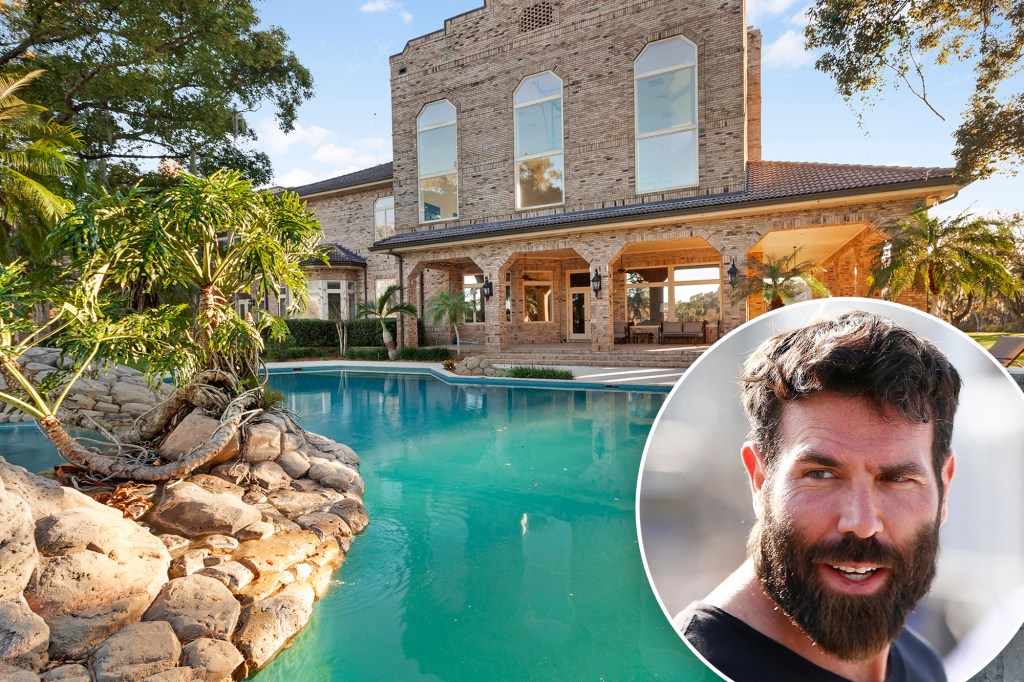 Dan Bilzerian’s childhood home in Florida — built by his corporate fraudster father in the 1990s — has hit the market for $6 million.

Located in toney Tampa community of Avila, the home was first built in 1991 by Paul Bilzerian, who served 13 months in federal prison for illegal stock manipulation and ordered to give up all his profits, leading him to bankruptcy.

But the conman never stopped trying to keep his hold over the home, according to its listing agents.

“It appears that Paul Bilzerian sold the home in 2004, but it was later found that he had connections to the LLC who purchased the property,” Eric Dungy of Compass who holds the listing with Jon Fincher told The Post.

“He essentially sold the home to himself before it was seized by the bank in 2006.”

Since 2008, the waterfront home has idled on and off the market. In 2013, a Louisiana Bank possessed the estate, which spans a colossal 28,363 square feet.

It was initially priced at almost $18 million when it first hit the market over 13 years ago.

In 2016, a trust paid $2.85 million for the home in what the Tampa Bay Times called the area’s “most notorious and expensive foreclosure.”

Situated on 3.4 acres, the estate is made up of 10 bedrooms and 19 bathrooms, and over-the-top amenities including a “vintage” movie theater, wine room, elevator, four fireplaces, a swimming pool with waterfall and slide, and an “athletic wing” featuring a gym, plus indoor basketball and racquetball courts.

Additionally, there is a 5,800 square feet guest house.

The gated neighborhood provides 24-hour security with access to the Avila Golf and Country Club.

“The home still includes many of [Dan] Bilzerian’s personal items, such as little league memorabilia and trophies in the trophy case,” Dungy revealed.

Dan, 41, made a name for himself as a poker-playing millionaire before calling himself the “King of Instagram” — evidenced by his 32.8 million followers — now famous for blowout bashes that rival Playboy Mansion bacchanals.

“If you come with ugly chicks, you won’t get in,” Bilzerian told The Post in an interview. “I keep the parties exclusive and it becomes a matter of there being only so much space.”

Bilzerian revealed that some women will go to almost any length to party with him.

“They’ll text pictures of their [bare butts] and for sure offer to hook up with me,” he said. “I get that a lot.”

Meanwhile, the influencer once claimed that he used his trust fund to let his dad out of jail — an admission that prompted the senior Bilzerian to cut contact with his son.

But it seems he didn’t shy away from living the same way he did growing up. For years, the social media star rented a 31,000-square foot 12 bedroom, 12 bathroom Bel Air home with all the fixings. At the height of the coronavirus pandemic, in June 2020, Dan left the home.

His dad, now 72, is living in self-imposed exile on the Caribbean Island of St. Kitts, according to his Linkedin page.