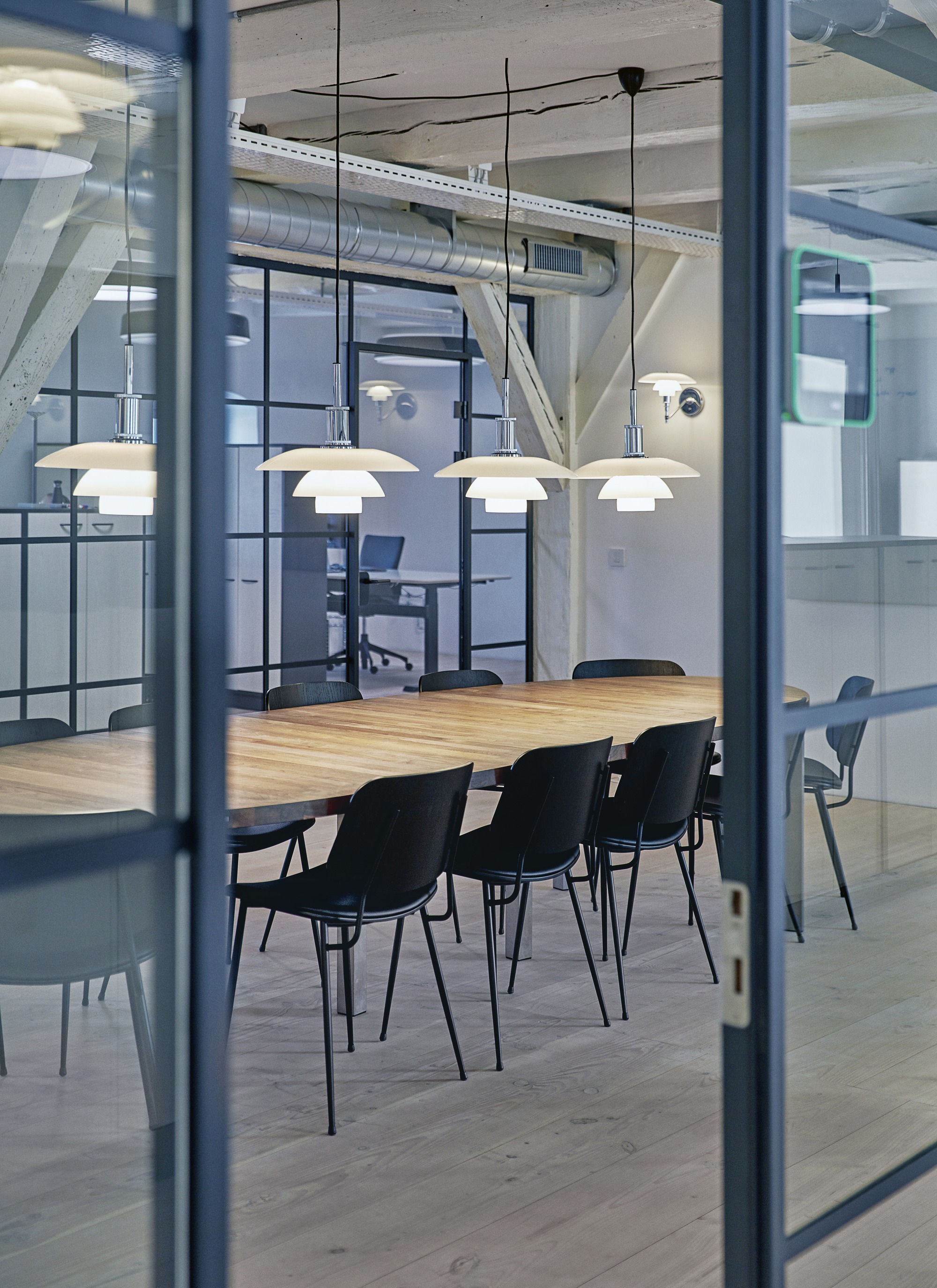 In recent years, there has been an increased focus on indoor lighting, especially in the context of the growing numbers of open-plan offices. In large parts of the world—and especially in Nordic countries—people can spend up to 80-90% of their time indoors. The light we are surrounded by affects both our circadian rhythm and hormones, making our indoor environment and its light an important factor of our well-being. Opinions on the optimal indoor lighting solution—and if one exists at all—are numerous and divided. To gain some more insight into this, the Danish lighting manufacturer Louis Poulsen set out to test the effects of various artificial lighting conditions in their own head office in Copenhagen.

Due to the protected status of the historical building that houses the Louis Poulsen office, the team was not able to increase access to daylight by conducting renovations. This placed an even greater demand on artificial lighting to create a pleasant indoor environment. The experiment, which took place over a four-month period from November 2019 to February 2020, showed how dynamic light works in practice – and not just in theory.

To test the system, four different light sequences were developed to run for three weeks at a time. The first “Daylight Sequence” followed the natural intensity and color temperature of daylight throughout the day, going from just 40% in the morning and late afternoon, all the way up to 100% around noon. Meanwhile, the color temperature went from completely hot (2700K) to cold (5700K) around 2 pm. The second “Energizer” sequence tested if small sequences of both high intensity and cold color temperature could make employees feel more awake and energized. The third “Static Intensity” sequence provided warm lighting through the morning and late afternoon and very cold lighting around noon, maintaining 100% intensity throughout the day. The final “Dynamic Intensity” sequence kept a color temperature of 4000 K, with a shifting intensity between 40% and 100%.

In addition, employees reported discomfort with color temperatures above 4200 K and with high intensities of 2700 K light. Most employees who took part in the survey reported using their desk lamps, especially early in the morning or in the late afternoon. This indicates that in working environments where general lighting systems cannot be individually controlled, desk lamps are especially important for employees. Particularly in the case of large offices, individual desk lamps can give a sense of ownership and control over working conditions.

Rather than seeking to produce a scientific conclusion, the relatively simple experiment sought to put theory into practice while creating a dialogue around dynamic lighting. Despite the complexities of the subject, the results of the study strongly indicate that dynamic lighting can help create a better working environment in office spaces. It is clear that a better understanding of dynamic lighting has the potential to alleviate many of the lighting challenges experienced today in open-plan offices.