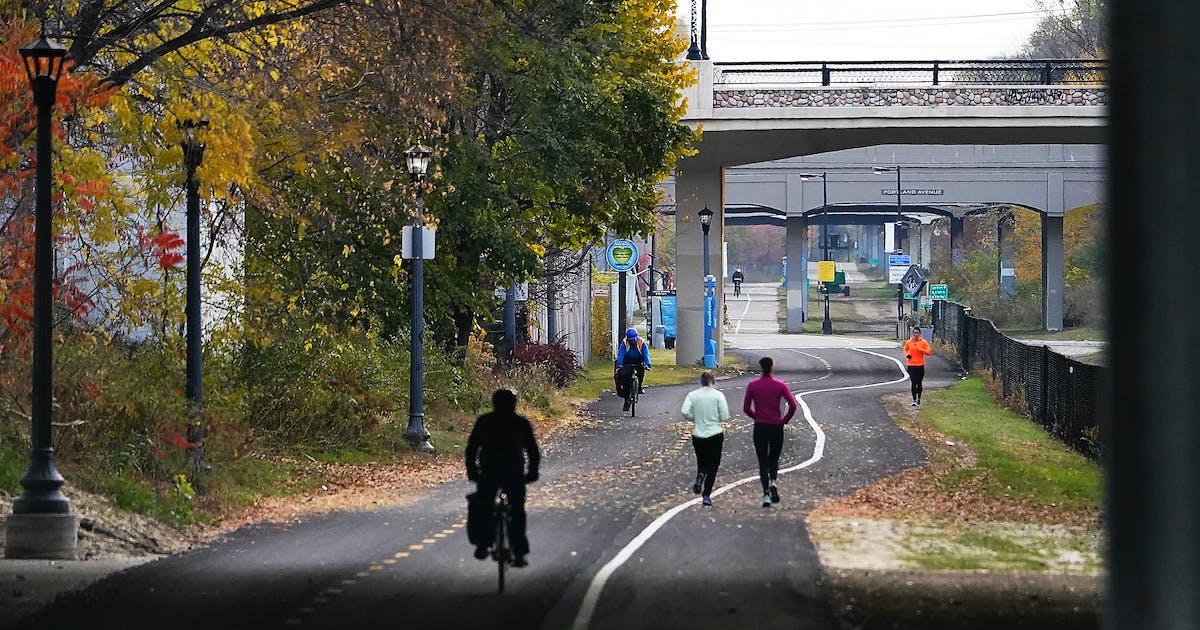 Hennepin County is designing a new disability access ramp to the Midtown Greenway in south Minneapolis, but the plans already are spurring neighborhood resistance because construction would significantly alter the longstanding Soo Line Community Garden.

The garden was established 30 years ago on a tax-forfeited vacant lot by a small group of volunteers. It precedes the abutting Midtown Greenway, which opened in 2000, and is considered a Minneapolis Park and Recreation “legacy garden” because it existed before the Park Board took ownership of the land in 2010. It has more than 100 organic plots that serve about 200 gardeners, including children from the nearby Whittier International Elementary School.

“We’ll take a class at a time and just walk down there and students get a chance to do some planting,” said Jeff “Nacho” Carlson, youth programs coordinator at Whittier School. “I can’t tell you how many times we’ve had kids chasing after a monarch butterfly or stop and listen to a cardinal and just be in that little oasis of nature.”

In a high-density neighborhood like Whittier, where most of the land flanking the Midtown Greenway corridor is private, the Soo Line Garden was the only government-owned site with enough room to feasibly build a gently sloping disability access ramp, said Amber Klein, design project manager.

She and consultant Greg Brown of Kimley-Horn have come up with a handful of potential designs over the past eight months, which have only been shared so far with a small workgroup of community stakeholders. Each design involves paving an 8- to 10-feet-wide, 500-feet, two-way bituminous blacktop bikeway through the garden.

“The Whittier neighborhood is excited to get an access to the Midtown Greenway, but I think we definitely understood and heard from the community they value the Soo Line Community Garden and the green space it brings,” Klein said. “We’re trying to put our trail in there and have minimum impact to the garden and the pollinators and the trees.”

Soo Line gardeners have been a steady voice of opposition to the county’s plans. Through public comments during recent Minneapolis Park Board meetings, outreach booths at neighborhood events and a “Stop the Destruction” MoveOn petition, they’ve argued the county could find another site along the Midtown Greenway that isn’t already in use as a community garden.

“It seems like Hennepin County just chose the garden and didn’t really consider anything else, but we really think that would lead to significant harm to the area,” said gardener Stephanie Bradley.

The gardeners have proposed an alternative design that would leave the garden intact and install the access ramp on the south slope of the Midtown Greenway.

County planners are not keen on that proposal, however. Klein said it falls on property that the Hennepin County Regional Rail Authority is reserving for a future high-speed transit line.

There are no pending plans or funding for that line, but the county, Metro Transit and Metropolitan Council studied the possibility of a “Midtown Corridor Transitway” in 2014.

The Whittier Alliance neighborhood organization, a member of the access ramp workgroup, wants that transit line prioritized because “it will serve more people than any other line and have a significant impact on the greenhouse-gas reductions we need to collectively achieve,” said executive director Kaley Brown.

But Soren Jensen of the Midtown Greenway Coalition, another workgroup member, said the Soo Line gardeners have convinced him that an access ramp could coexist with rail on the other side of the Greenway from the garden.

“There’s a lot of good reasons to explore it but so far Hennepin County has not even been very willing to think about it,” he said. “We would encourage them to be more open-minded and flexible.”

The workgroup will next meet in January to select two or three potential designs for the bikeway and ramp. The county plans to present those plans to the public in February and use feedback to choose a concept. They would bring the final configuration to the Park Board for approval, followed by construction in 2023.

With the Whittier Alliance’s support, the Park Board allocated $370,000 in Park Dedication funds for the project, contingent on the board’s acceptance. Federal Regional Solicitation funds will make up the rest of the estimated $1.4 million construction cost.