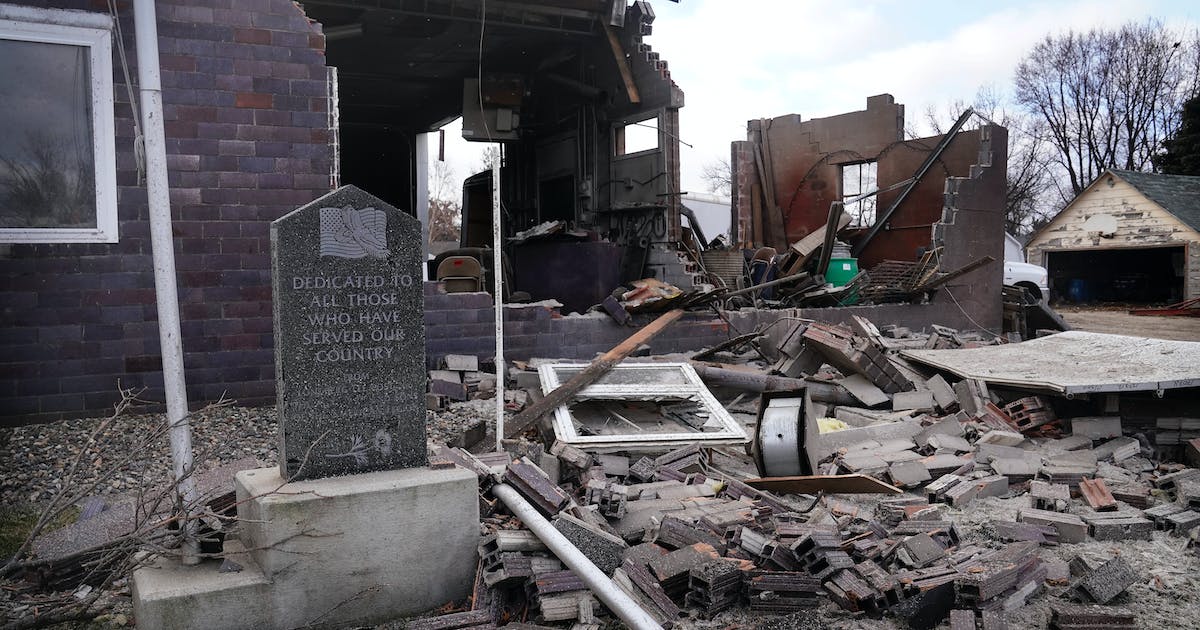 The wildfire smoke that clouded Twin Cities’ skies and December tornadoes in southern Minnesota weigh on the minds of legislators pressing for more spending on climate change at the State Capitol.

“In the past, we’ve talked about climate change as though it’s something in the future. And we’re seeing it impact our life today,” said Rep. Patty Acomb, DFL-Minnetonka, who leads the House Climate Action Caucus. “The window to act is closing if we hope to prevent the worst impacts of climate change.”

But with only a few weeks left in the legislative session, there is a chasm between the plans from Senate Republicans and House Democrats to protect the environment and address climate change, and recent debates illustrate the deep political divide. The House passed a $240 million environment and natural resources package Thursday, while the Senate bill amounted to less than $8 million. Various climate-related measures tucked into other House bills are absent in the Senate versions.

Last year the state spent more on the environment that it normally does, said Sen. Bill Ingebrigtsen, R-Alexandria, chair of the Environment and Natural Resources Finance Committee. Since this is not a budgeting year at the Capitol, he said it is unfortunate some lawmakers want to use Minnesota’s projected surplus of nearly $9.3 billion to expand state government.

“Everybody thinks that the world is falling in and frankly it’s not. And we have scientists on both sides, I get that, and I appreciate that,” Ingebrigtsen said on the Senate floor, later adding, “I know the globe is warming, folks. It has been warming for thousands of years. Nothing appreciable, but a thousand years.”

His comments come as a new study from ratings firm S&P Global estimated climate change will result in a 4% loss of global annual economic output by 2050, disproportionately hurting poorer countries.

Sen. Scott Dibble, DFL-Minneapolis, said some Republican colleagues mocked his comments about the need for fast action on climate change as they were hanging out in the Senate retiring room, a space where he said the atmosphere is usually collegial.

“They think people like me are running around being hysterical and irrational,” Dibble said. “It’s discouraging. Me, I’m not feeling very optimistic about our planet.”

The Senate’s environment bill is a “house of horrors,” said Dibble, who unsuccessfully attempted to strip about 15 provisions from the measure that he said would make it easier for people to pollute.

Sen. Carrie Ruud, a Republican from Breezy Point and chair of one of the Senate’s two environment committees, also ripped into the bill she said “contains none of the things we worked on all session long,” such as preventing overuse of road salt in the winter, reducing the statewide walleye limit to four and adding watercraft education requirements.

Of the nearly $8 million in the bill, Ruud noted $1 million is designated to “attract and promote large-scale sporting and other events.” That is the latest example of legislators chipping away at lottery dollars voters intended to protect fish and wildlife and support parks and trails, she said, adding, “They did not vote to use this money for sporting events. And I think that this is really a sad day in the state of Minnesota.”

“This bill grows government. It grows DNR, MPCA, and unfortunately during the time when agriculture is having such challenges,” said Rep. Jeff Backer, R-Browns Valley. “We do not need these reckless, irresponsible regulations on the folks who give us food and raw goods that help make a lot of things we use every single day.”

Small groups of negotiators will try to reconcile the vast differences between the House and Senate bills.

It will be difficult to find common ground, said Minnesota Center for Environmental Advocacy Chief Strategy Officer Aaron Klemz, but he is hopeful there will be bipartisan agreement on a few issues. The two chambers have different policy approaches to water use around White Bear Lake, but he said it seems they both agree some spending is needed to work on alternatives to meet the north metro’s water needs.

“There’s at least a recognition that there’s a problem here and that there needs to be a permanent solution,” Klemz said. “And so we’re hopeful that in some fashion there will be some money set aside for a task force or whatever decisions need to be made.”

Last year state leaders opted to eliminate “forever chemicals,” called PFAS, in food packaging by 2024. The House has proposed banning PFAS in various products like cookware while the Senate has not, but Klemz predicted they could agree to further bans this session. And while the provision Ruud mentioned to support “smart salting” training — which reduces the use of de-icers that lead to chloride build up in Minnesota waters — is not in either the Senate or House environment bills, Klemz said there are still efforts to move it forward.

The House environment bill contains “natural climate solutions” such as planting trees, but there are also climate-related provisions in bills on energy, agriculture, transportation, education and other areas, Acomb said. Democrats started the session with a $1 billion Climate Action Plan. Acomb estimates so far they have $650 million in the House bills, but said there will be more money in the infrastructure package that has yet to be completed. She also wants to provide matching funds to get federal infrastructure dollars for projects such as electric vehicle charging stations.

House Climate and Energy Committee Chairman Jamie Long, DFL-Minneapolis, echoed that idea and said he is optimistic legislators will pass some clean energy measures. The state previously supported solar projects at schools and he said they could expand that effort, as well as putting more money toward weatherization grants to make homes more energy efficient as heating and cooling costs rise.

The Senate passed its energy provisions Tuesday that included millions for the Solar for Schools initiative and a solar array at the sports center in Blaine. It would repeal the moratorium on new nuclear power plants. Senators voted down a DFL attempt to add the goal of reaching 100% clean energy by 2040.

Energy Committee Chairman David Senjem, R-Rochester, said the idea needs discussion but is “very, very aspirational. And it’s good to have aspirations, but I think we have to be real.”

Gov. Tim Walz has also pushed for the 2040 goal, and this year his infrastructure plan includes about $944 million for climate projects. The DFL governor stressed during his State of the State speech last Sunday that people should not take ideological positions on climate change.

“It is simply happening, and there are solutions out there,” Walz said, noting that businesses are adapting to become more sustainable and protect the environment. “That’s the Minnesota that we need. Protect our clean air, protect our water, protect our opportunity for our children to live the lives that many of us got to live so that that’s there tomorrow.”

Florida grapples with mountain of particles from Hurricane Ian